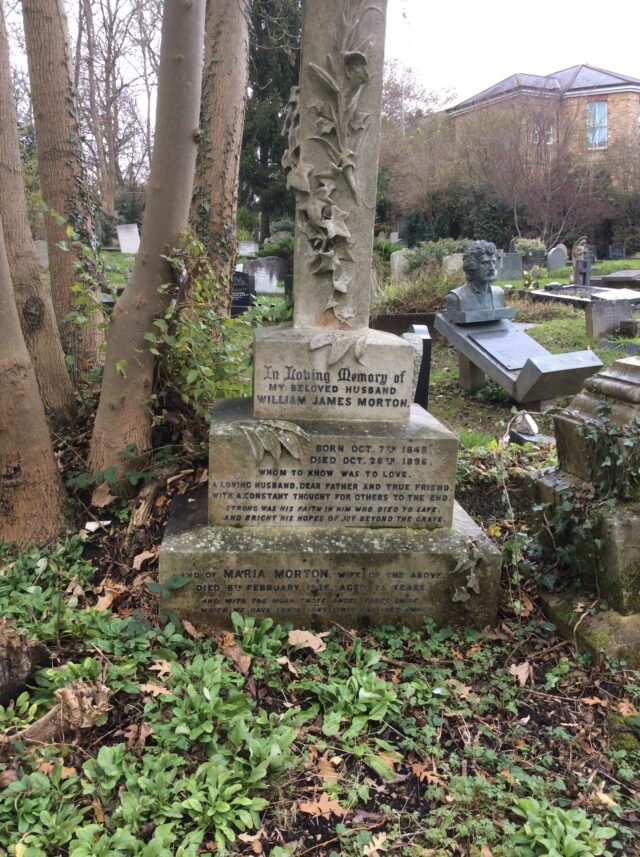 A recent walk around Highgate Cemetery has added 77 new records to the collection, including this simple epitaph to William Morton, who died in 1896.

Highgate Cemetery opened in 1839 as one of a number of new burial grounds designed to relieve pressure on the crowded and unsanitary churchyards of central London. It contains thousands of monuments, only a small fraction of which – 1 per cent or fewer, by my reckoning – mention the virtues of the deceased. Most tombs simply give names and dates, followed by a Biblical verse. Some are inscribed with a few lines of sentimental poetry, expressing grief and a hope of “meeting again”. If any virtues feature, they are usually those of the good spouse and parent, as in the case of William here. Of all the epitaphs in Highgate Cemetery, I found only three in the older, more expansive manner: Alexander Gooden (d. 1841), Josias Wilson (d. 1847), and Henry Richmond (d. 1858). (There may be more: I can’t claim to have checked them all.)

How can we explain this new style of commemorating of the dead? One possibly relevant fact is that a Highgate tomb, unlike a tomb in a church or churchyard, was unlikely to be seen except by friends and family. Its function was not to proclaim the deceased’s virtues to the world but to record the feelings of his near and dear. But more “ideological” factors were also at play. Victorian epitaph compilers execrated the “pagan pride” implicit in lengthy paeans to the deceased. In the words of one Joseph Snow (1847), the purpose of an epitaph is “not to furnish hyperbolic compliment or stilted panegyric, but to suggest, as regards the dead, immortal hopes, to mourners, a sedate sorrow, and to general readers, earnest and solemn admonition.” This advice, repeated by many subsequent writers, was clearly heeded .