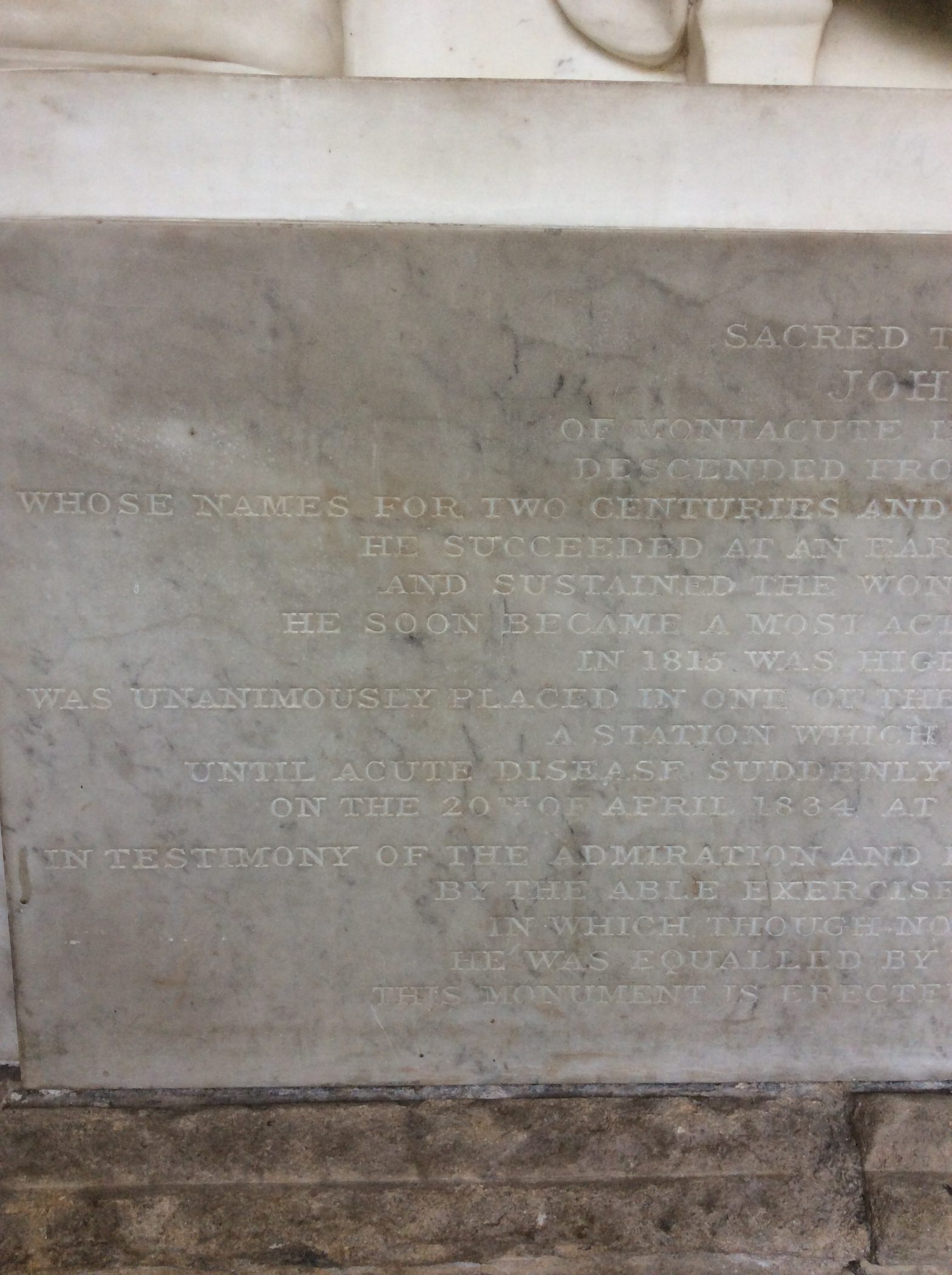 Sacred to the memory of John Phelips of Montecute in this county esquire, descended from a line of ancestors whose names for two centuries and a half abound in the annals of the county. He succeeded at an early age to his paternal estate and sustained the wonted hospitality of his house. He soon became a most active and intelligent magistrate, in 1815 was high sheriff, and in 1819 was unanimously placed in one of the chairs of the court of quarter sessions,  a station which he continued to fill until acute disease suddenly stopped his career of usefulness on 20th April 1834, at the premature age of 50 years. In testimony of the admiration and respect excited throughout the county by the able exercise of his judicial function, in which though not educated to the law he was equalled by few, surpassed by none, this monument is erected by his surviving friends.
Church: Wells Cathedral (in Wells, Somerset).
Profession: Judge, Magistrate*.
Sex: Male.
Virtue(s): Ability, Activity, Admired, Distinction*, Hospitality, Intelligence*, Rank*, Respected*, Superiority*, Usefulness.
Year of death: 1834.
Age at death: 50 (classed as: Adult).