Skip to content
Sacred to the memory of William George Maton, A Native of this City, One of the most eminent Physicians of his time in London. Educated at Queen's College Oxford, He became fellow of the Royal College of Physicians, And was honoured with high medical appointments By his Sovereign, And by other branches of the Royal Family. Distinguished by his extensive knowledge In Philosophy, Natural History, and British Antiquities, By his various talents, his private worth, His mild and unassuming manners, He acquired the respect and esteem Of every rank in Society. To his kindred he was affectionate and generous, To his inferiors uniformly kind and considerate, In his friendships, sincere, warm, and constant, In his Charity liberal without ostentation, In Religion a real as well as a nominal Christian. 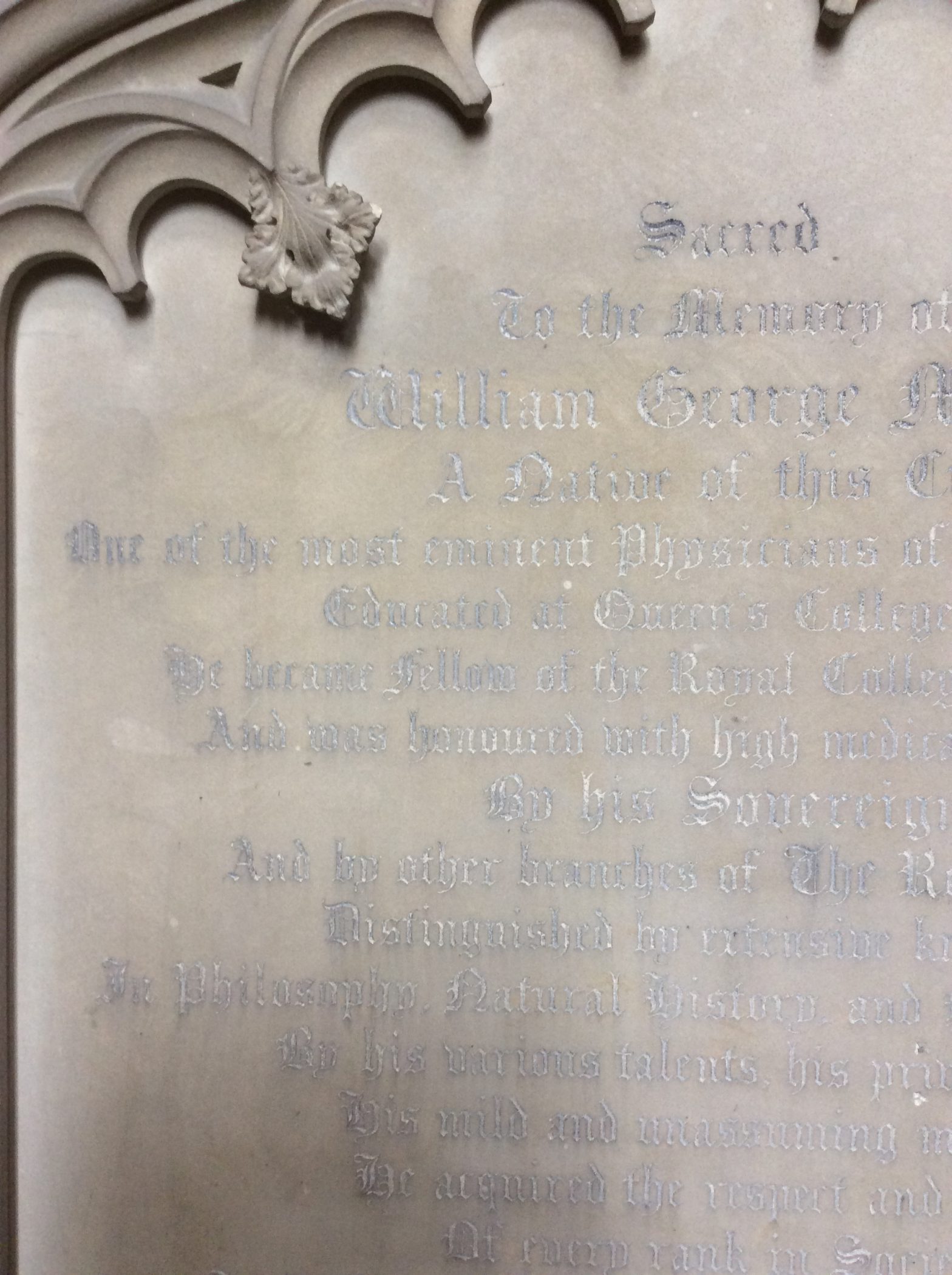 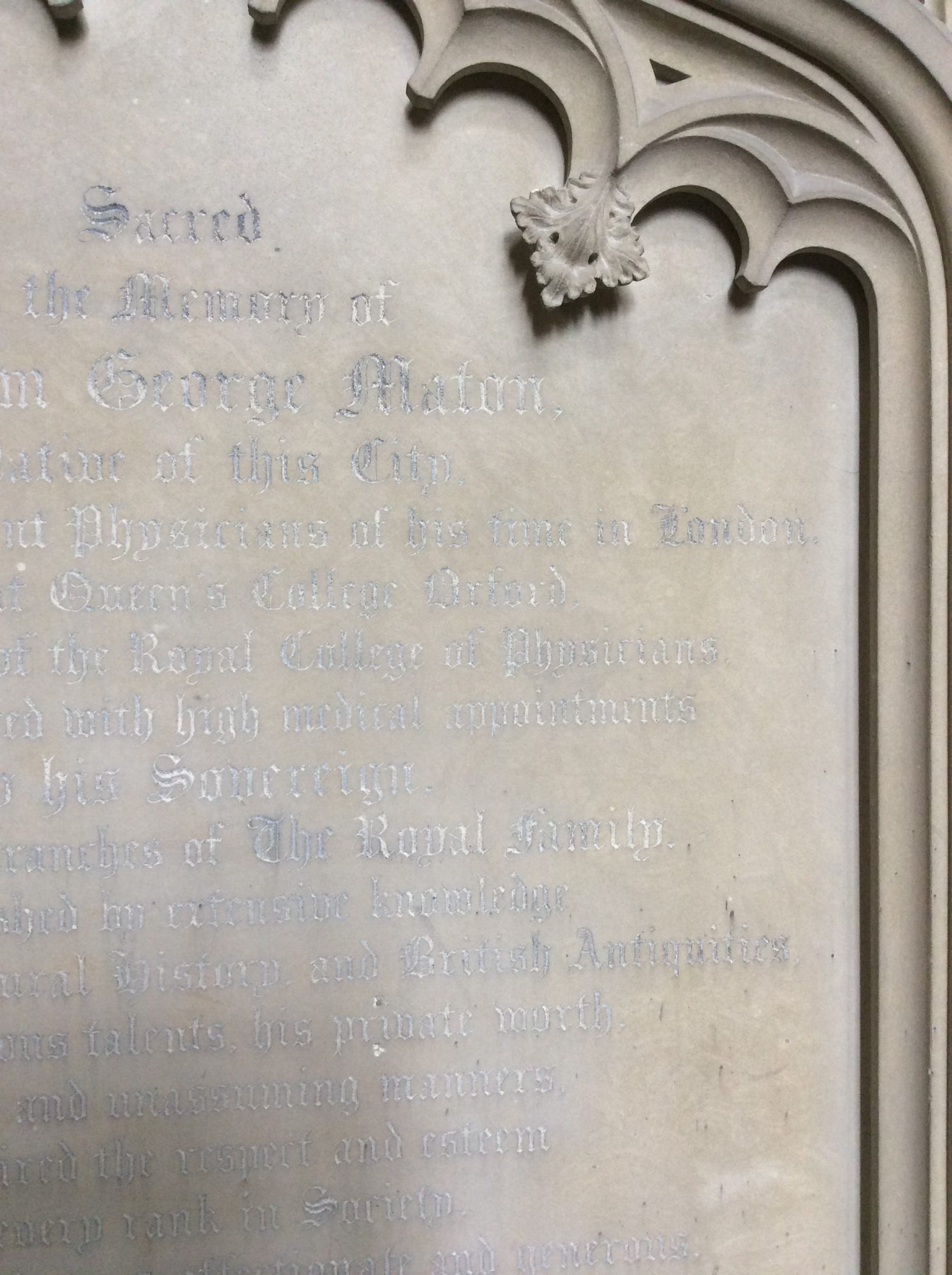 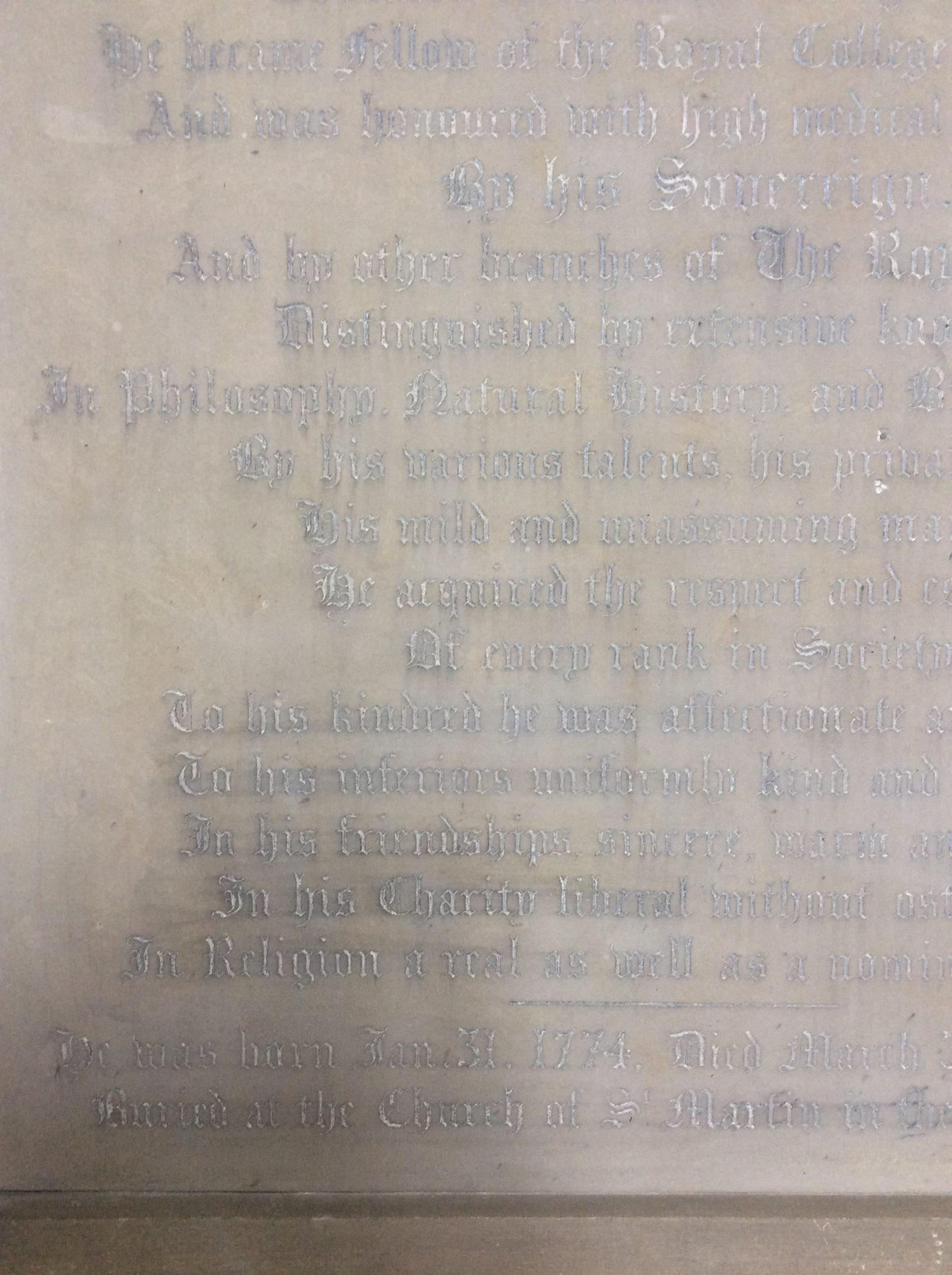 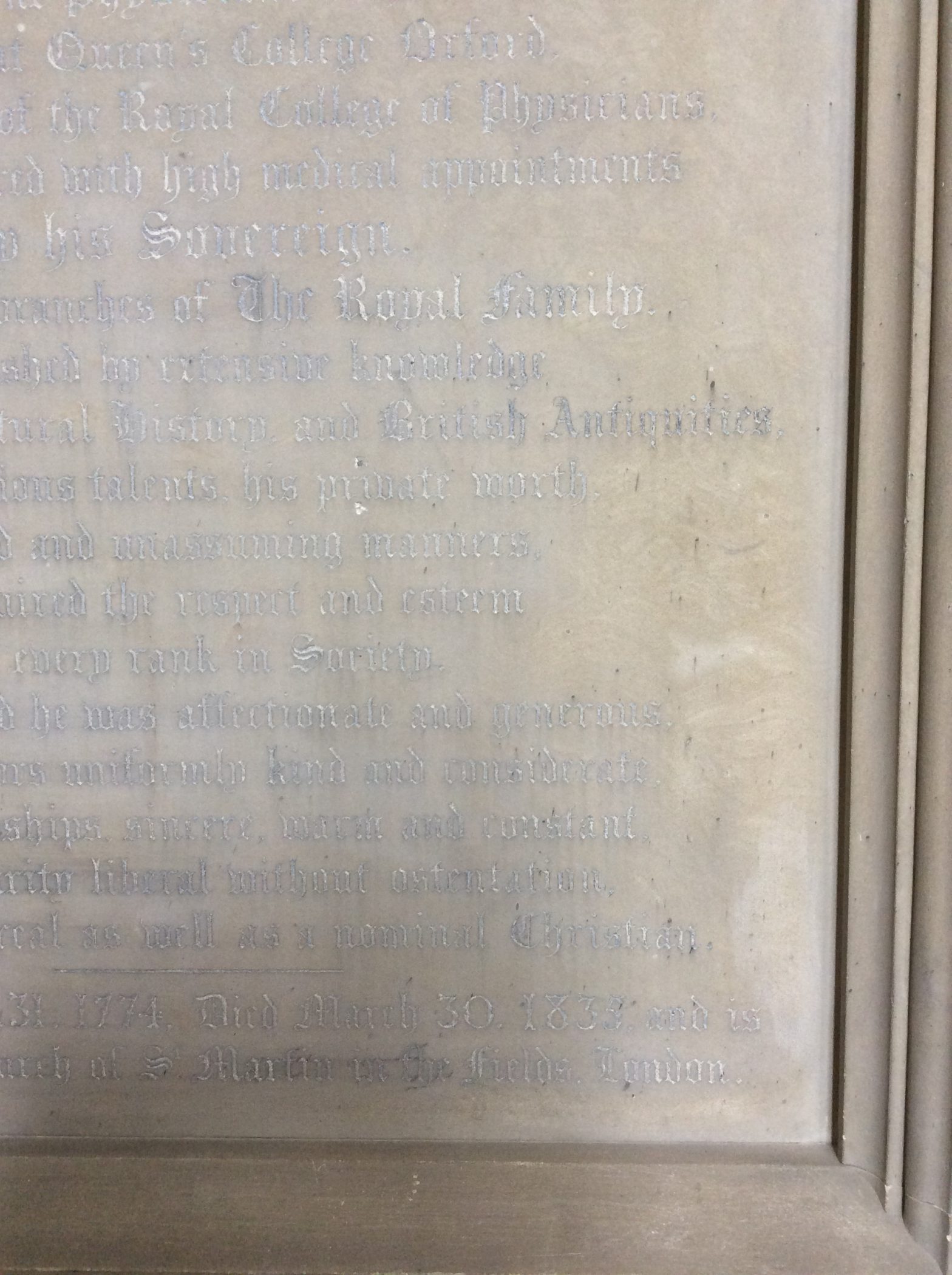