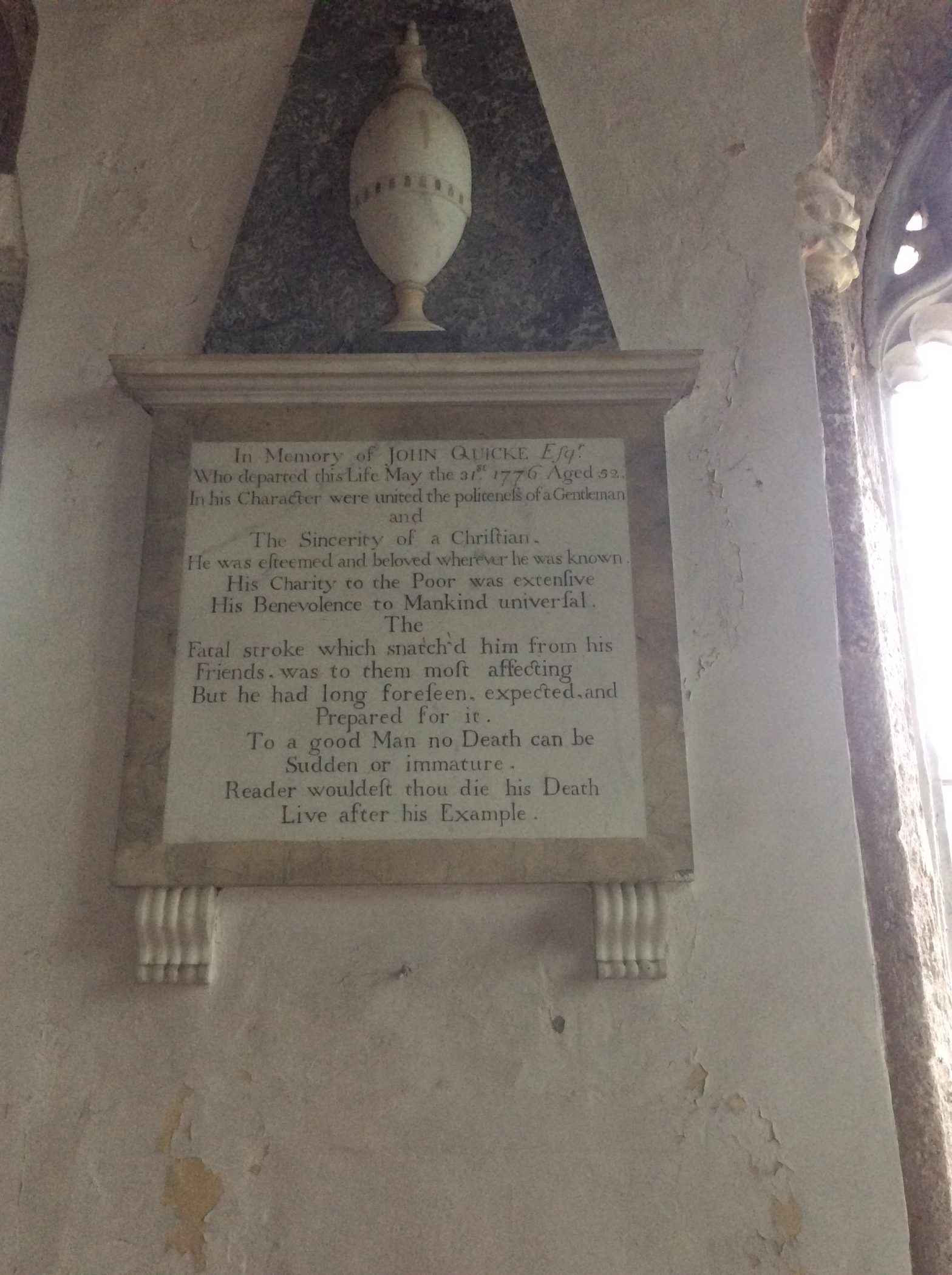 The Quickes have farmed an estate in Newton St Cyres, Devon, since the 16th century. The current incumbent, Mary Quicke, still makes cheddar there today. John Quicke lies buried alongside many of his relatives in the local parish church. His plaque is simple and classical, and topped with a relief of an obelisk and urn in the Adams’ manner. Its inscription is written in those balanced Ciceronian periods which seem to convey an ethical as well as an aesthetic ideal:

Notice, too, that John Quicke’s “benevolence to mankind” is said to have been “universal”. “Universal benevolence” is a virtue that begins to crop up on tombstones at around this time. To date, I have collected six examples ranging from 1776 to 1825; run a search for details. Perhaps we can see in this fashion for universal benevolence a remote echo of the republican spirit abroad in America and France. That, at least, is how Edmund Burke saw it. His Reflections on the Revolution in France condemns the “new-invented virtue” of universal benevolence for weakening all partial and particular affections.